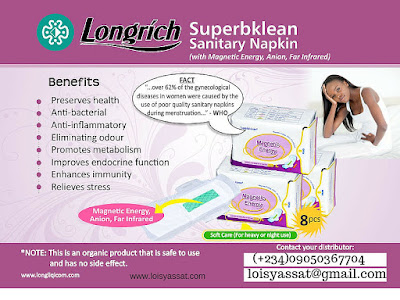 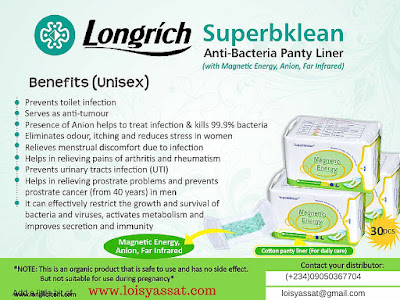 I used to have dysmenorrhoea some years ago, up to last year. It was so bad that my last resort was a pain reliever with tramadol which we know is a control drug. It always messes me up at school, work, wherever it meets me. A few times I wouldn’t feel my legs. Then December 2015 I started using longrich panty liners and pads. After a while, I stopped using the pads but kept using the liners. Dysmenorrhoea and PMS are now in the past, no joke. I can’t remember the last time I took a pain reliever for cramps. About a month ago, I started taking Berry oil but I wasn’t consistent. For some months now, work load gets heavy during my period but I won’t even feel comma till the last day.